I purchased my first Lotus in 2004. It was a red 1989 Esprit Turbo. It was my only car at the time and I lived about a 30 minute drive from where I worked. Might sound risky but that the sort of thing you do when you’re in your early 20s. I could handle the routine maintenance on it and even tackled a few bigger jobs with help from a local Lotus guru, Tony Grasso, who is still a very close friend today. I drove it daily for a little over 3 years and it never let me down once, then unfortunately I did another thing you do in your early 20s… I crashed my car. The Lotus was beyond repair, the world was starting into recession and something more practical as a daily driver was in the cards for time being.

About 13 years later I was in a situation where I could buy a sports car again. My passion for the Esprit hadn’t faded and this time I wanted to grab the true supercar version. I began looking for a V8 twin turbo. I found the perfect ’97 a few states away which had the similar interior to my old Esprit but the much more exotic looking aero and the flat plane V8 I was after. The car was ideal for what I wanted. It had been well maintained with a few miles on it… I didn’t want to feel guilty about putting miles on a garage queen. The radiator had been swapped with a larger capacity system, bushings replaced, and sitting on updated coilovers. Also the engine had been upgraded with forged pistons and ARP hardware. The interior was in great condition, the beautiful cream leather, red piping on the seats and the wood burl instrument cluster.

This time I was looking to do more than maintenance on the Esprit and wanted to make it my own. I connected with @oz_rims in Canada through Instagram and began discussing a way to get the factory OZ Futura wheels for my Esprit with a little customized personality. He found me the set I needed in gold to contrast against the red body. He was even patient with me while I calculated the perfect lip size for the rear to get a deeper dish and a 315 tire on the back.

Next I decided to personalize the engine and pulled off the intake plenum and valve covers. They were stripped of their Rover Orange paint and took them to @Glendalepowercoat to have them matched to the yellow in the Lotus badge. They came out spot on and really made it stand out. While the car was down for the engine changes I started looking into the interior and connected with Moto @ponte_libro and @corner_speedster on Instagram. They both gave me a ton of information on Momo steering wheels so I could pick the right one for the Esprit. I went with a Momo Fighter Zabrano wheel and hopefully will be picking up a genuine Momo horn button from Moto once the pandemic stops interfering with international shipping. The Fighter Zebrano’s wooden wheel fits perfectly with the wooden instrument cluster. I am also in the process of making a short shifter with a wooden gear knob to complete the look.

The most recent modification to the car has been the exhaust. Unfortunately the factory exhaust on my Esprit had been swapped out with something that was lacking in the exhaust note department. I contacted Jason Simmons @air2water2jz and Joseph Cordes at @cordes_performance_racing and asked if they could do something fitting of the Esprit with titanium. I left it in their hands and was blown away with the results. They literally created art to bolt onto the turbos of my Esprit and it sounds symphonic to boot.

Already planning more modifications for the Esprit as I continue to make it my own. Hopefully I will get to join @narcissistic_car_club more this year at car shows and meets as the pandemic is interfering less with events. The car is amazing to drive but the way people either recognize it or want to know what it is just something else. It just a great way of connecting with other car enthusiasts and meeting people.

I love that driving the Lotus is an experience and not a task. Even driving my ’89 Esprit never felt like a mundane daily driver. Sure there are rules of the road but when you find an open stretch, or a corner that’s not the typical 90 degrees it just makes it awesome. Now the problem with my ’97 is it sounds phenomenal the higher I take the revs and Its already almost had me in trouble in the short time I’ve had the titanium exhaust.

Unfortunately the Phoenix streets are laid out like a giant grid but we have some amazing roads outside the city. One of the best has to be the 89a, which someone seems to have scribbled on a map from Flagstaff Arizona. It takes your through several historic cities but between each one it offer sweeping curves, tight curves, a few embanked corners, and the odd hairpin or two… along with some scenic views. Then, it just suddenly ends before Wickenburg and your heading back into the metropolitan sprawl. Its an amazing route that gives the Esprit the opportunity to do what it was designed to do. 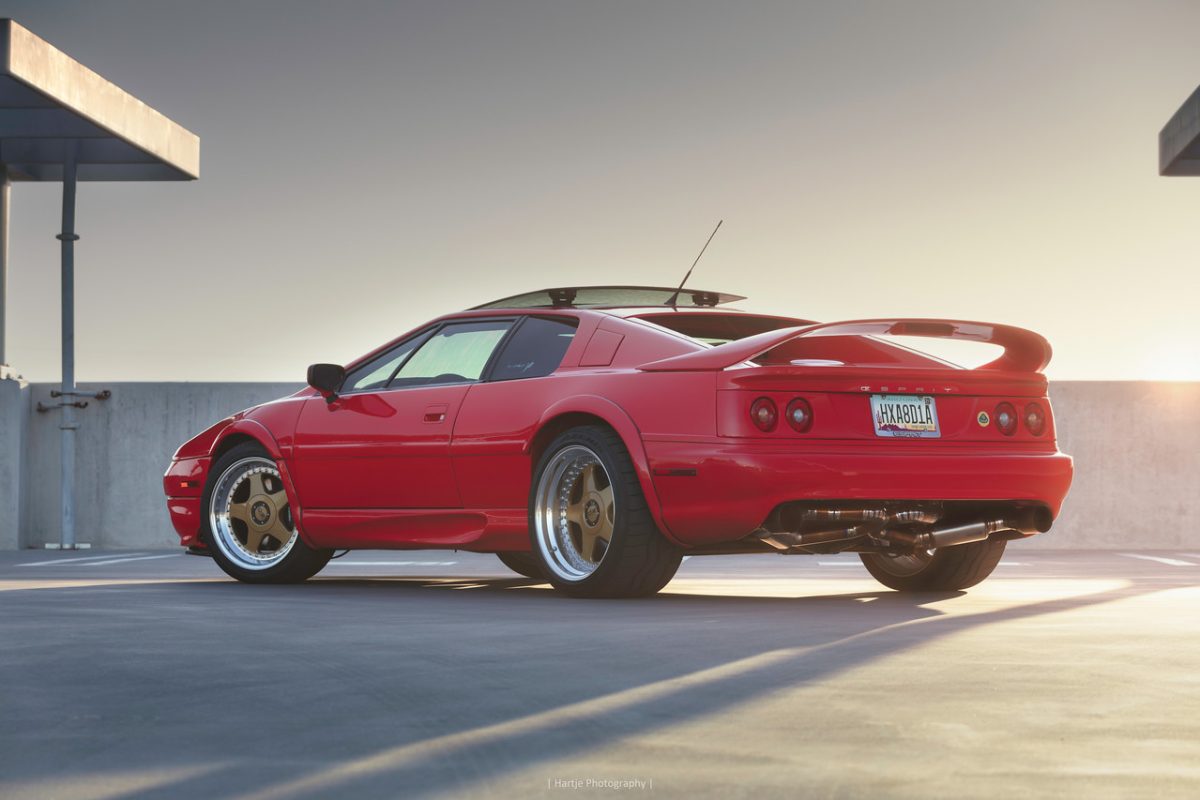 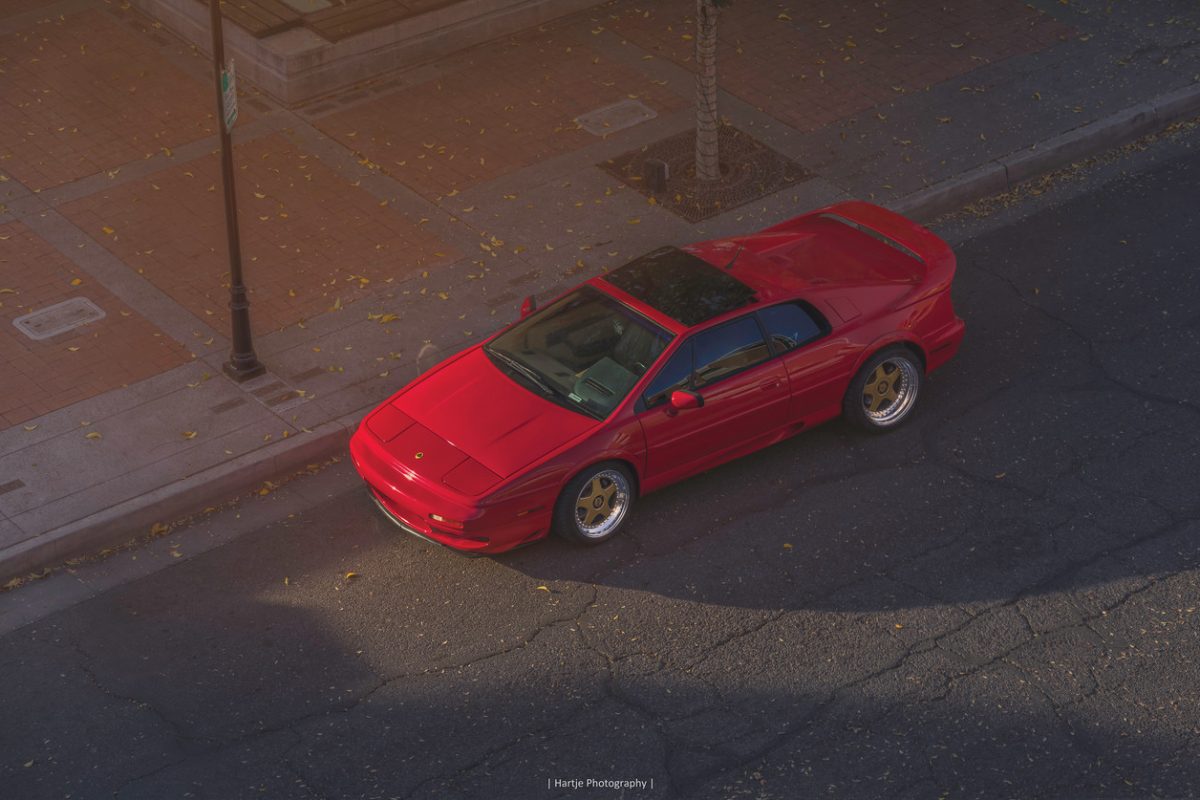 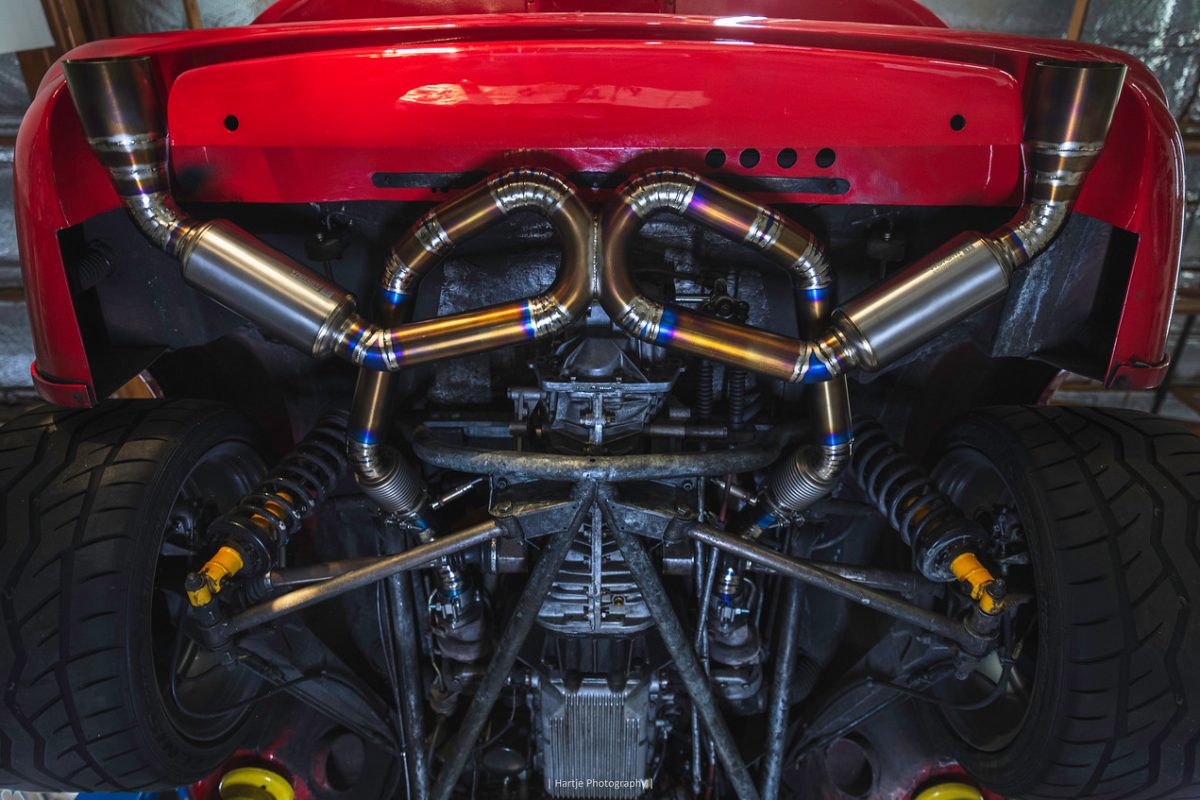 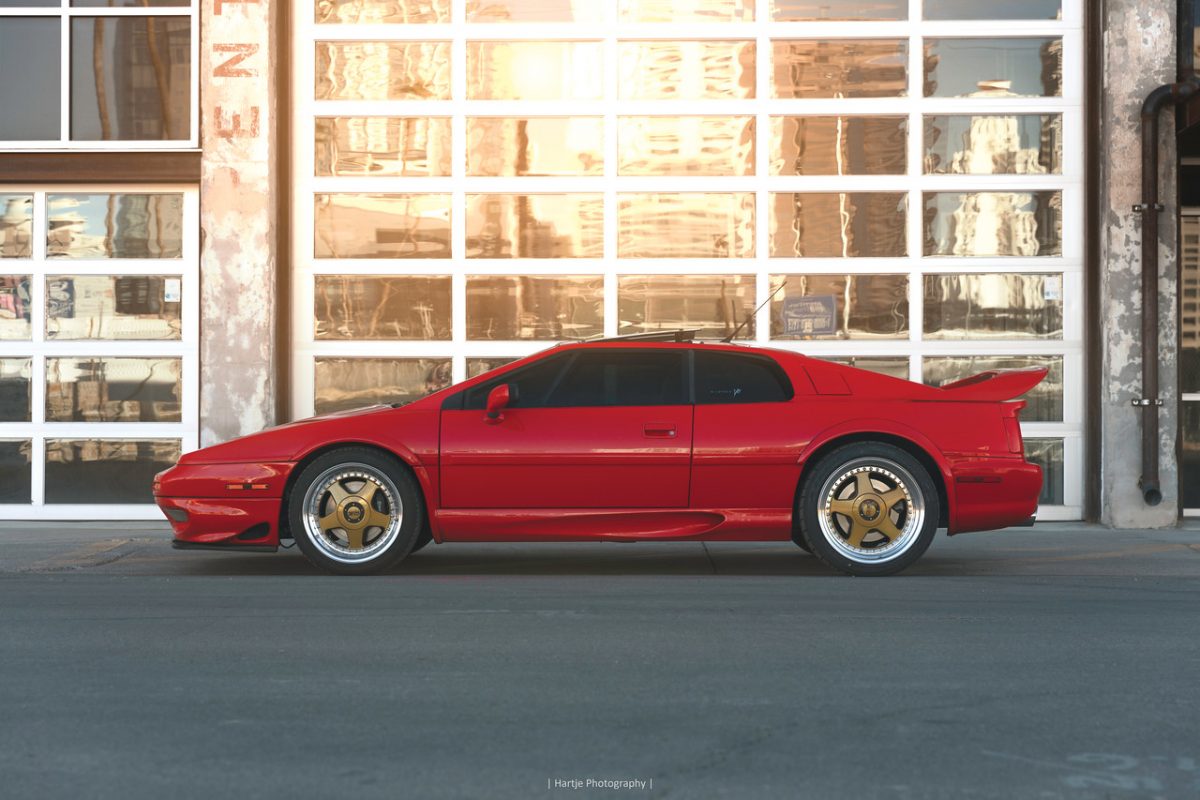