“Early in 1957, people were talking about the fabulous performance of Lotus sports cars, but doubted their ability to stand up to a tough long-distance event. Colin Chapman was most interested in having one of his cars take part in the gruelling Italian event, and agreed to prepare an “1100” for me to drive. I received every possible consideration from Colin and, on his advice, gave him a list of things which would suit the car from the long distance angle.

It was agreed that the car would be the normal Coventry-Climax powered Mark XI, fitted with disk brakes, a four speed M.G. close-ratio gear box, a 20 gallon fuel tank, and the latest helical springs and wishbones suspension as found on the Formula 2 car. It also had to have a de Dion type rear axle.

Brescia, the whole town was Mille Miglia mad, and the little Lotus created a sensation at the scrutineering in the Piazza Vittoria. Technical people from other factories swarmed around the Lotus, photographing it from every possible angle. One German actually made technical drawings of the new front suspension and the disk brakes.”

“My father, Bob McKay purchased this Lotus XI on April 1, 1977 from Hans Rocke. Bob was working on some advertising projects for Lamonza Motors, a Lotus and Ferrari dealership. Having already owned a Lotus Europa, followed by a Lotus Esprit, the interest and fascination with Lotus was already deep. Bob heard about this Lotus XI which was possibly up for sale, by Hans Rocke, an employee of Lotus Racing East. Rocke was readying the car for vintage racing but never completed the rebuild necessary after it had sat somewhat forgotten at a Connecticut home. Bob inquired about purchasing the Lotus and went to visit Rocke and see the car, but Rocke was still not ready to let it go. After Lotus East began having some financial problems and eventually closed down, Bob inquired one more time and Rocke agreed to the sale.

In the sale, McKay asked for the Lotus to be shipped as a rolling chassis and all the parts to arrive in boxes. The Lotus was unpainted, polished aluminum. The only panel replaced was the bottom panel which was damaged from racing. All the other body pieces are original. Not being skilled at welding aluminum, McKay searched for someone he could trust to make necessary repairs on the front fender. Not having much luck, McKay called a milk trucking company in upstate NY and they agreed to have him bring the fender to them and they did the necessary repair work. The Lotus was then painted by McKay in his garage, emron paint in British Racing green.

New to vintage auto racing, having only been a eager spectator at local races, Bob McKay was excited to get his Eleven to the track. The engine was running superb and everything was a go. With a couple friends and the Lotus in tow they headed to Lime Rock for some open track time, unknowing that the weekend before Memorial Day there would be some wicked fast and loud Can Am cars doing laps with him. Bob still vividly remembers driving over the bridge, over top these cars roaring below him and his Lotus. He can laugh about it now but he was certainly scared and feeling a little faint. Settling into the paddock, the beautiful Lotus Eleven, encouraging friends, and a dream to see how she drives, gave Bob the courage to suit up and start the engine. First time track practice was an experience not to forget, 5 or 6 laps, shared with a couple Can Am cars. This little Lotus was a dream and a bond was forged. VSCCA became our weekends and myself, a little girl wandering the paddocks surrounded by the historic cars, mechanics, and drivers I would never trade it for the world.

The last race Bob drove his Lotus in was the Meadowlands Grand Prix July 1, 1980. I remember a lot of rain that weekend, and I think my father remembers the large concrete walls and their restricted vision. This may have been the race that brought into question “How much will I risk damaging this historic car beyond repair?” To my father, this car is not simply a vehicle to go fast in. This car is a piece of historic significance, a beautiful token of Colin Chapman’s legacy and philosophy. Our goal is to bring this Lotus XI back to the race it was built for. To give it a glorious drive through the beautiful towns and countryside of the Mille Miglia. To be celebrated and loved by the people who have historic motorsport racing deep in their souls. This little Lotus deserves one more go and we hope you join us for the ride.” 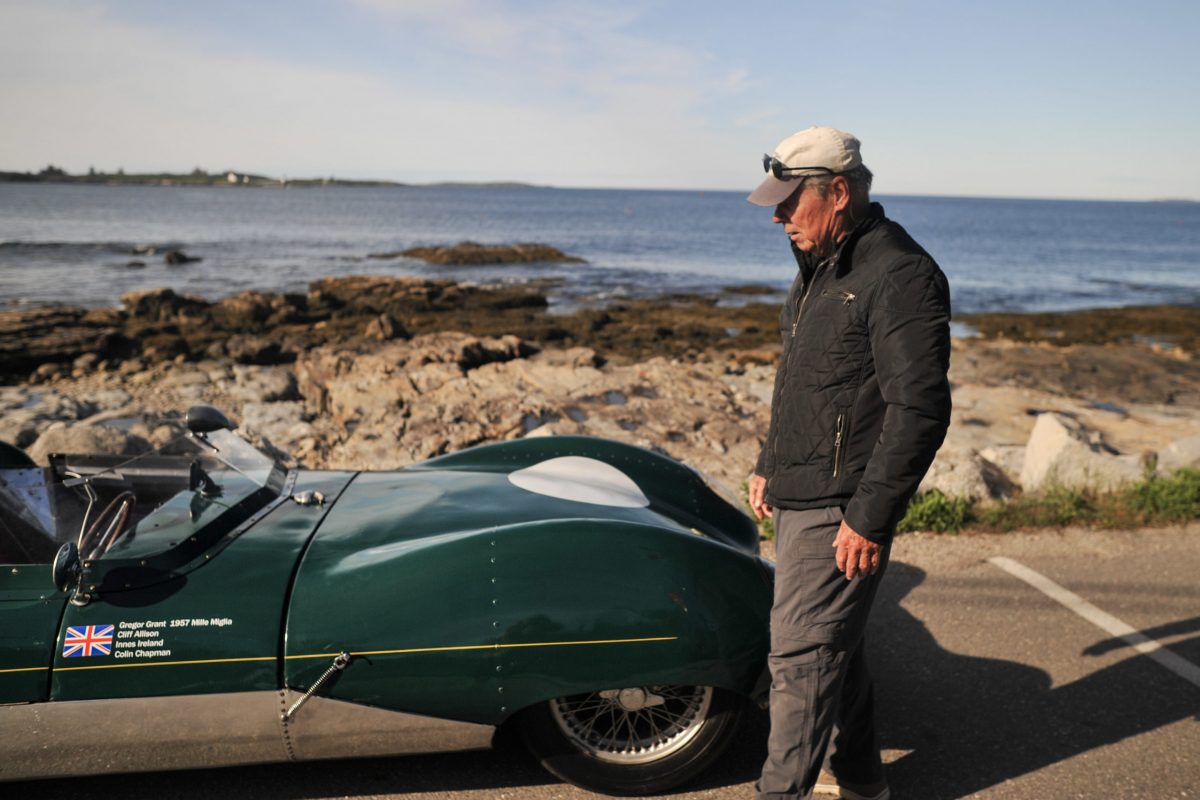 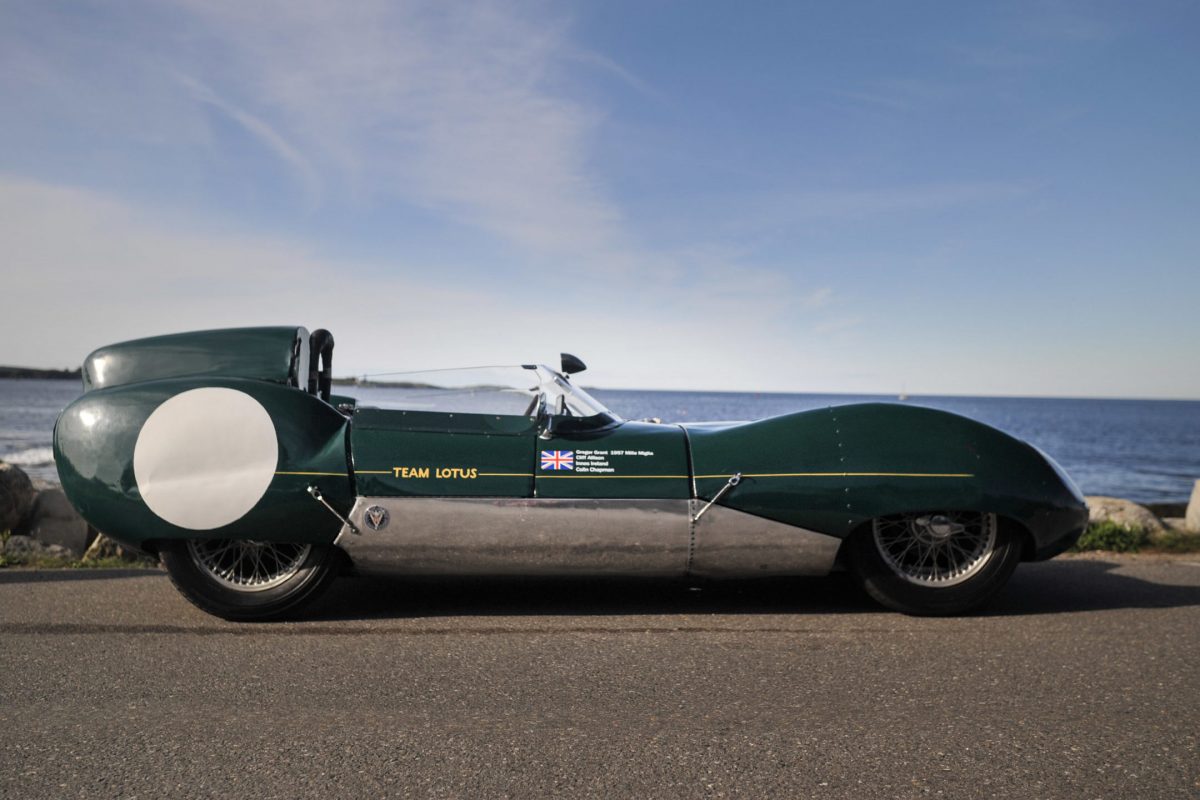 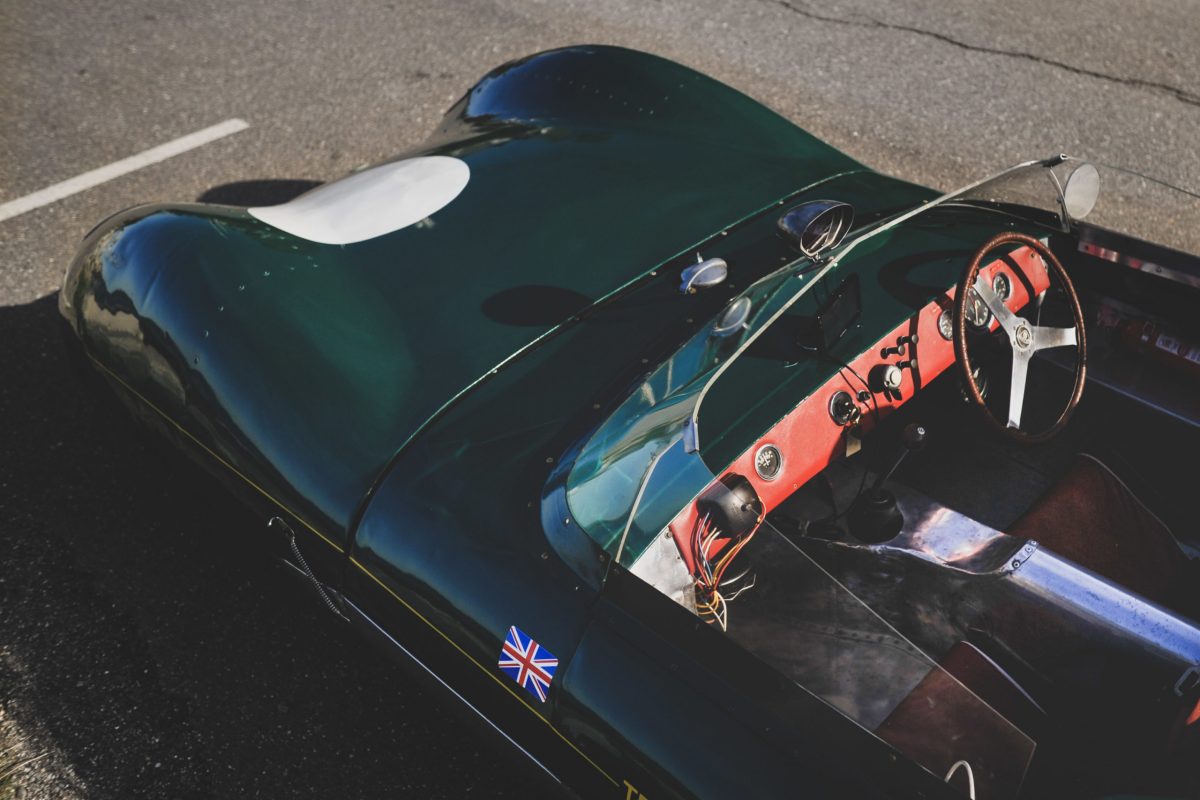 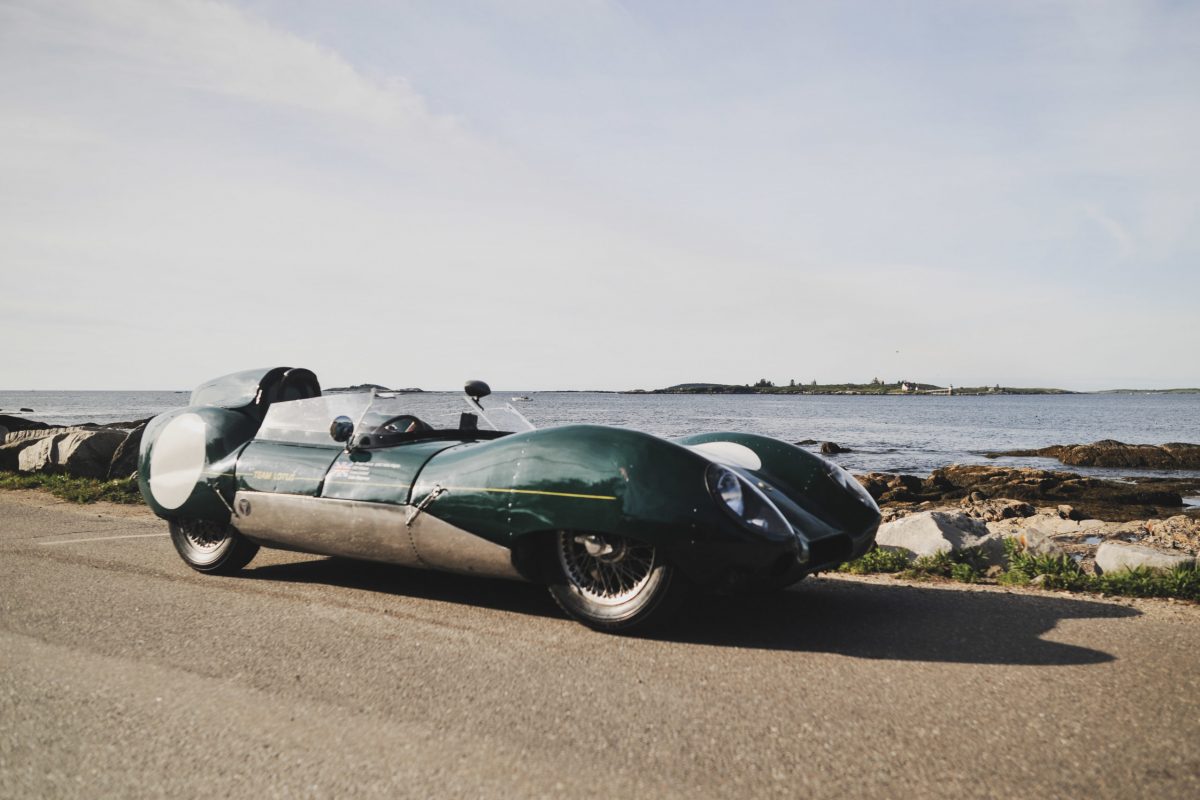 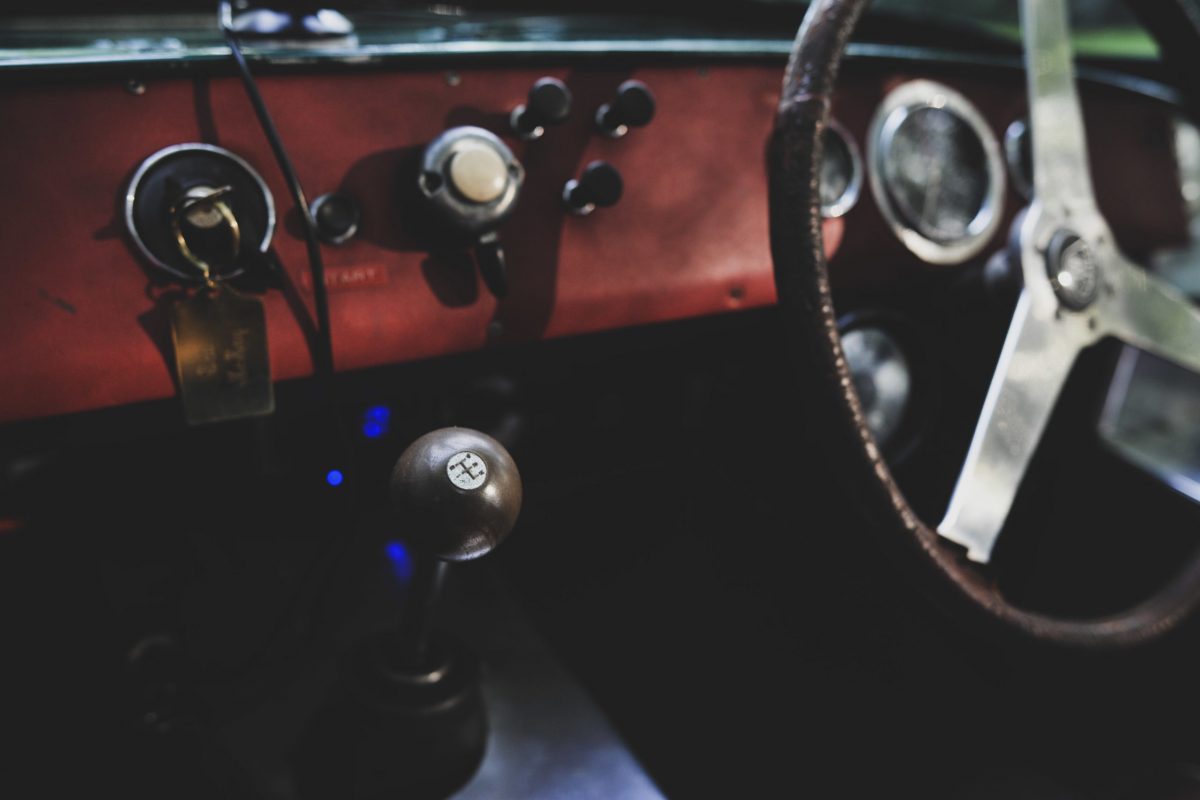 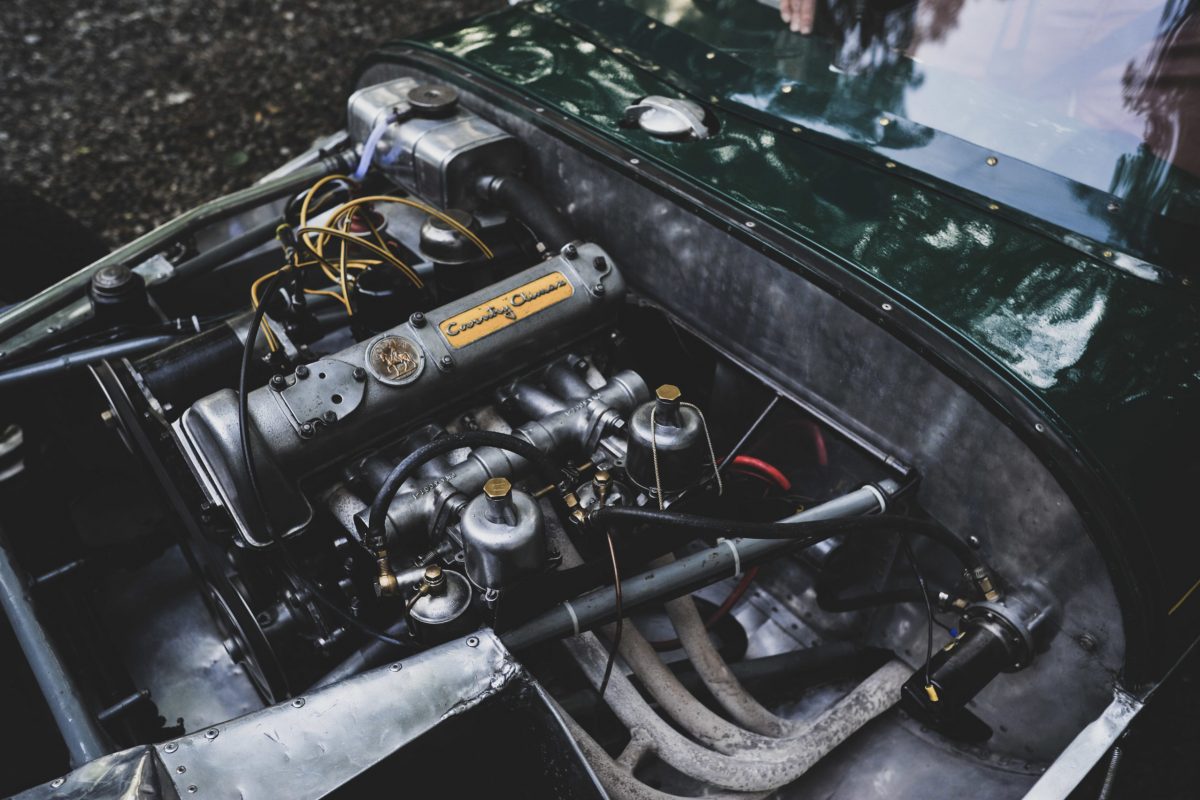